One evening Juanita would not go into the henhouse to roost. She spent most of the night sleeping on my lap. The next morning she began to behave as if she was in charge. She was the Head Hen from then on.

Juanita is a happy hen. 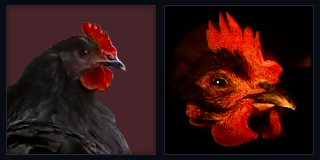 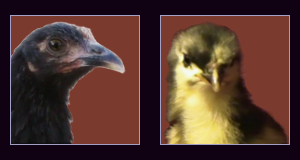 Lolita was often called Twister and liked to flirt with the roosters. 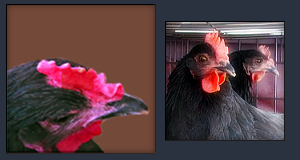 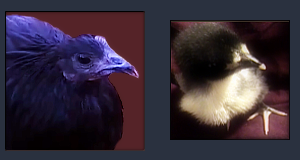 Lupe Southtower was the first chicken living in the backyard.

For more than a week we thought she few the coop until we discovered she was sitting on several eggs in a nest hiding behind the fence.

Lupe was stolen from the Odessy Business Park at Baseline Road and Country Club in Mesa, Arizona on November 11, 2015 at 5:30 p.m., by a woman with dark hair driving a red truck.

There is a reward offered for information about the woman who was seen chasing Lupe and four other chickens that evening. Please call or text: 520 610-8098 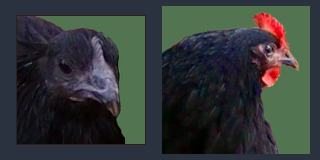 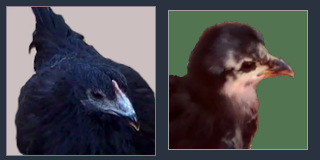 Holding Olivia while we rode down Rural Road together on a pedal bike on a warm night in Tempe, Arizona.

Watching Valerie and Verlane take turns jumping straight up trying to reach the leaves hanging from the chinaberry tree one beautiful morning.

While Verlane had Fowlpox taking care of her included sneaking her into a hotel room and taking her outside for walks everyday where she enjoyed the green grass and the sunshine.

The Iodine we applied on the sores while she was sick with Fowlpox helped her to recover quickly.

Domingo spent one morning trapped underneath a large plastic bowl. We wondered where he was. Then we saw the overturned bowl moving across the yard.

Domingo likes to have his feathers blown dry with the hair dryer after a bath.

When the dog caught Richard, his paws were holding Richard in place and his mouth was held open over Richard's head. The awesome owner coerced the good dog into letting Richard go. Richard ran forward and jumped into my arms. Richard was covered in dog slobber.

Richard likes to run across the yard and bite me on the foot, then he tries to turn around fast enough to run away, but gets scooped up with his little legs still kicking.

Richard loves to be hugged. Richard is my little prince. 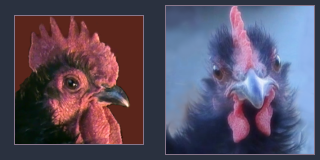 After taking his first taste of yogurt, Victor quickly lifted his head to look up at me for a few seconds, then he plunged his head into the bowl, covering his whole head with yogurt. He wore the yogurt on his face all day.

Victor sat quietly on a wooden high chair next to me watching movies and certain things got his attention. When someone appeared with a guitar, Victor never failed to sit up straight and chatter on and on until the guitar disappeared. 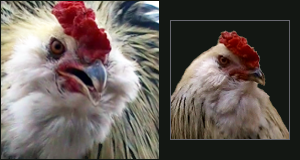 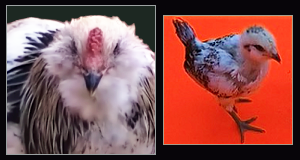